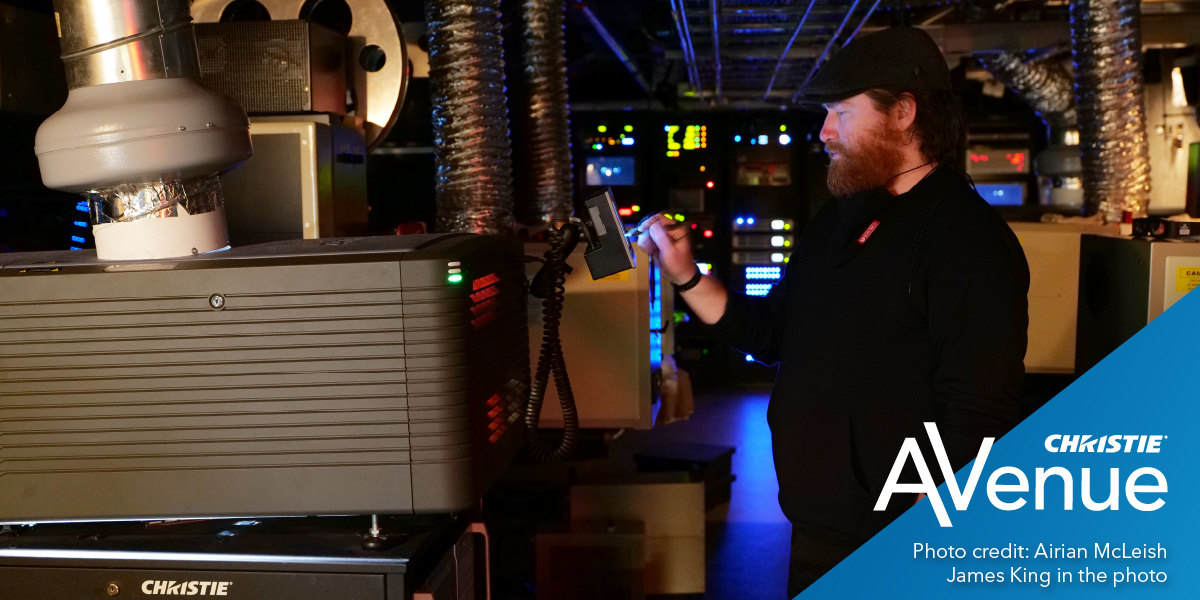 As you might imagine, James King, senior technical manager at the TIFF Bell Lightbox at the Toronto International Film Festival (TIFF), takes his duties very seriously. But not only for the reasons you might think. It’s not equipment failures or computer hiccups that keep him awake at night—those he can overcome with relative ease. No, it’s the obligation he owes to the filmmakers whose creations he screens.

King is acutely aware that TIFF will be the first time many filmmakers will see their work in the environment they intended. They’ll have seen it piecemeal and small-scale in screening rooms and the lab, but never in a large auditorium nor in front of an audience. As James says, that can be an unsettling experience for even the most established auteur—and it’s his duty to ensure that even the finest detail is right. In that respect, he’s the penultimate link in an unbroken creative process that stretches from original concept to audience. If he, or his team, get it wrong, all those many months—or even years—of work are lost.

It’s a clear example of why technicians on the ground matter. They aren’t mere mechanical enablers—they change and influence and are the ultimate guardians of the creator’s vision and the audience’s experience.

Now cinema is a standards-driven business, and James’ minimum aim is to ensure those standards are matched, even in temporary TIFF venues not intended as movie theatres. But things go much further than that. TIFF employs a team of technical representatives whose sole role is to guide filmmakers through the technical aspects of their screening. Highly knowledgeable, they sit with directors in the auditorium explaining, leading, offering advice, and relaying notes to the tech team behind the scenes. That information feedback loop means the filmmakers’ original vision is followed as closely as any paper standard.

The process is the same for the latest RGB pure laser devices like Christie’s CP4450-RGB, or for 70mm and 35mm film; certainly, though looking after digital is easier (James says half his storage space is dedicated to hard-to-get spares for film projectors) – it’s the creative intention that matters not the means.

James says that the comparisons people usually make between cinema and live theater are misleading, so he likens his role more to that of a publisher. His job is to faithfully render what’s already been created without adding or interpreting in any way. “You have a filmmaker who has an expectation that, because they did their job right in production, I will match their vision,” says James. “Only in that way will every audience have the same experience— one the maker intended—no matter how many times they come to the theater.”

Modern cinematic standards certainly do a lot of the heavy lifting in that respect, but it’s James’ dedication to consistently reaching those standards that matters. True, as a senior technical manager at the TIFF Bell Lightbox, he has the advantage of being able to ask the creators about their vision, and then match his output to the original input, but countless other unseen, uncelebrated, technicians across the globe replicate the role James plays. We should never forget how much they matter.