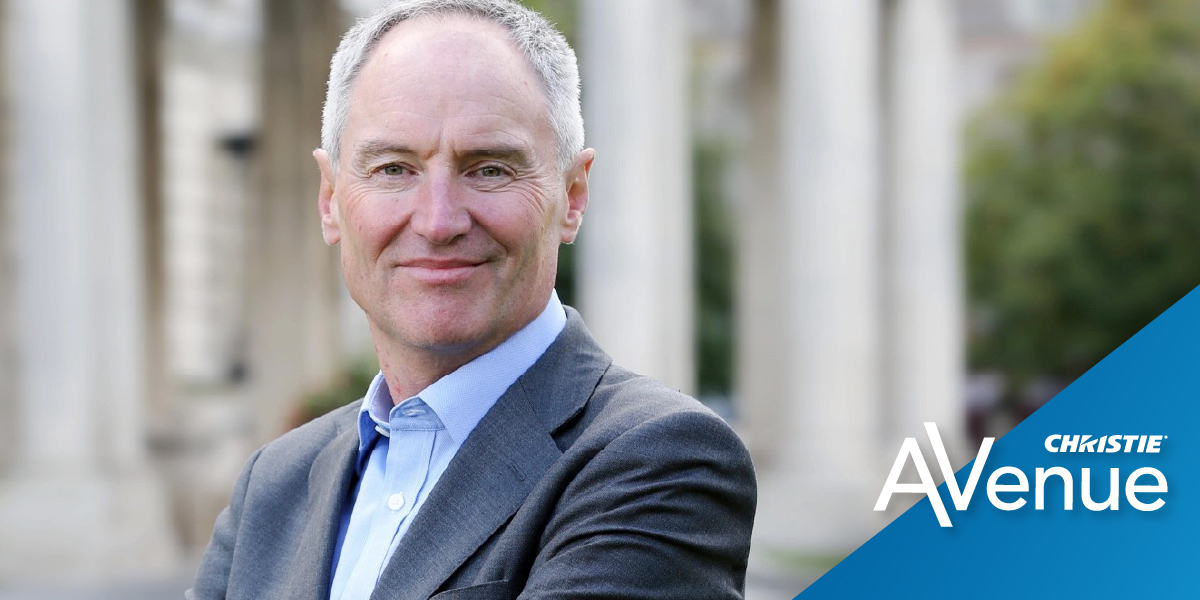 What will it be like when we go back to the office if we go back at all? What will it mean for the AV business? According to “Where is My Office” author Chris Kane, the one thing we can be sure of is that it won’t be what we once knew or anything like we imagine.

“And stop thinking of this as a binary choice. It’s not working from home or working from the office that will win out. This is not a battle between two absolutes. Something entirely new is emerging.” And why is he so sure of this? Well, Chris was vice-president of international corporate real estate for The Walt Disney Company and head of corporate real estate when the BBC moved wholesale from its London HQ and from analog to digital as it did so. He understands workspaces, especially creative workspaces.

The reasons Chris gives are both subtle and complex, but in essence he can detect shifts in the balance of power that has kept centralized working in the ascendant since the early 19th century – the pandemic, he says, has merely served as an accelerant to an existing trend. “Work will soon be a whole raft of things at different times in different places with different people – a patchwork quilt of working.”

Technology has left the building

Tech, of course, and the astounding capability of today’s personal tech has literally put power in the hands and homes of most office-based workers. Now that we know cloud computing works and Zoom and Teams have taken over, much of the need to gather together is gone. That’s a power shift right there, says Chris, but it hasn’t entirely removed the collaborative, creative ways of working that agile businesses need; gathering places are still required. Not meeting rooms where hierarchies are reinforced, but AV-rich ad-hoc creative spaces where they’re discarded, and new ideas are generated – something emerging generations are already familiar with.

Nobody goes to work anymore

The idea you have to go somewhere to work is becoming outdated, especially for anyone growing up in a time of networking and abundant choice. If stuff, increasingly, comes to you, why should work be any different? Chris shares, “With a shift from shareholder to stakeholder value, the differentiating factor for employers is going to be one where they will have to authentically demonstrate that they are an employer of choice. And if AI and automation deliver as we think it will, the work only humans can do will have huge value.”

If attracting good people to your business is critical, it seems you’d best make sure your workplaces are attractive too. And if that’s something real estate owners have previously not considered their concern, they’ll soon have to.

Chris maintains that the current power structure where developers can build office space, then lease it for a fixed period, collecting rent automatically three months in advance, is so out of step with the agility the of rest of the business world it won’t last. Disruption is inevitable, and the slow – soon-to-be rapid – breakdown of this model is the true driver.

“What’s known as flexible space is already at 10% and is forecast to grow to 30%; I can see it easily reaching 50%. There’s going to be a fundamental shift to real estate as a service – niche models, like subscription, that mean the real estate business is going to have to work a lot harder to get people to come in.”

It seems the office we once knew was already doomed because the social and financial ecosystems that kept it alive are no longer there to sustain it. It wasn’t COVID or tech or society; it was just wrong.

Three times during his interview with us, Chris Kane said he saw the changes he detects as the most significant opportunity facing the AV business. Partly because employees will demand it, partly because employers will need to offer it, but wholly because the old commercial real estate operating system can’t survive in its present form.

It’s a bold claim, but given Chris Kane’s reputation and track record, we’re inclined to believe him.