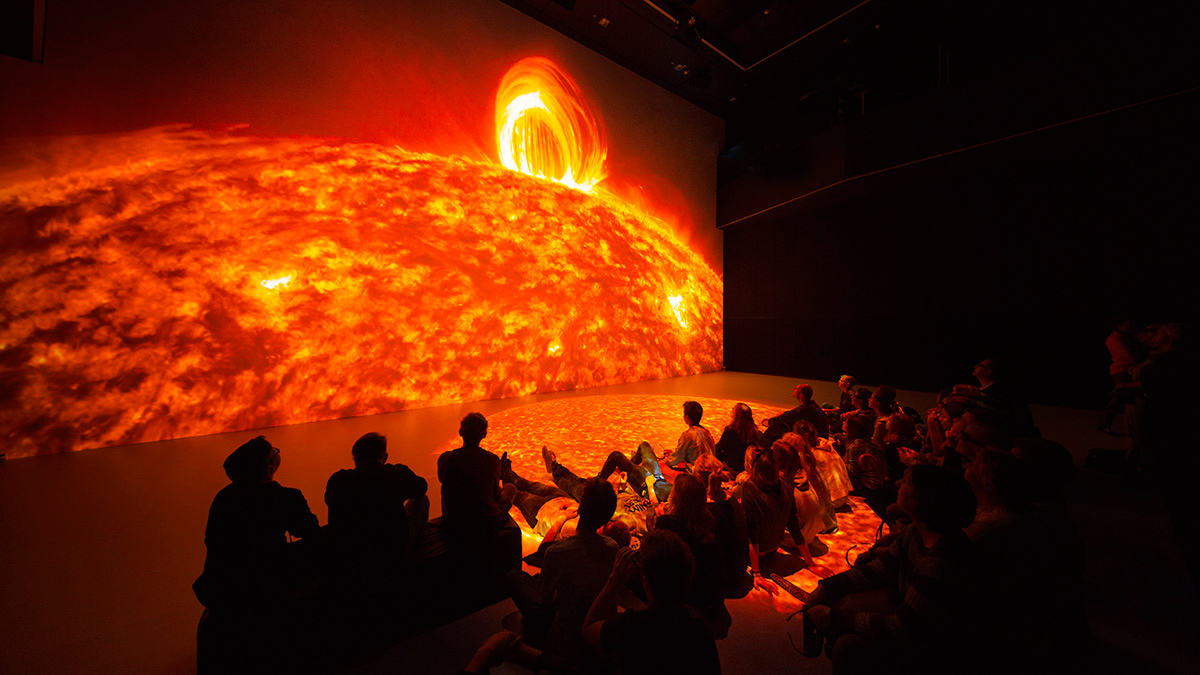 Ars Electronica Center calls itself ‘The Museum of the Future’ a place where ‘don’t touch’ signs don’t have a place – one where every artistic genre, scientific domain and technological direction is explored. At its core is Deep Space 8K, a 16×9 metre wall and 16×9 metre floor built for projection and laser tracking – and recently upgraded to 3D and 8K.

In this special space you might find yourself transported to the ancient Mayan city of Tikal, scale the Alps, take a flight across the entire known Universe, or travel through the human body in ultra-close-up – all made possible by the Christie projection technology behind the scenes – 8K resolution, 120 Hz frame rates and stereo 3D.

It was an ambitious project and a world first, so to make the museum’s vision a reality, long-term Christie partners, Ton+Bild Medientechnik GmbH knew they’d need multiple projectors with 3D-capability, high-performance lighting and 4K resolution and still safe enough for visitors to stand within touching distance. Only one fitted the bill, the Christie Mirage 304K 3DLP.

On top of the action
When visitors get as close to the 3D action as they do at Deep Space, each image for each eye has to refresh at the Mirage’s 120khz – or the picture quality, colour and clarity will degrade and disappoint.  And the audience does get close, so close that any projection imperfection would be seen and spoil the effect Ars Electronica have worked so hard to achieve. Take ‘Deep Space Play Spaces’ – it literally puts the Audience on top of the action, turning both the floor and the wall into one giant interactive video game that uses Pharus – a laser system developed by Ars Electronica staffer Otto Naderer for his master’s degree – to track visitors as they move across the floor – so they become real-live, real-time, game controllers and an integral part of the action.

Then there’s Italian photographer Filippo Blengini’s ‘in2white’, a 365-gigapixel, 360-degree Mont Blanc panorama; seventy-thousand individual shots stitched together to make the highest resolution photograph of any object on earth. Seen in 8k detail on Deep Space’s 16×9 metre wall, the effect is breathtaking and the close ups so fine and sharp it’s tempting to reach out and touch the chamois tracks in the freshly fallen snow.

Equipped with short-throw objectives (0.9:1) with a fixed focal length those Christie Mirage 304K 3DLP’s draw you into the action, encouraging every visitor to take a closer look and to cast a sharper eye – bringing every pixel alive and making even complex subjects clear.

And the five-year old in all of us very happy indeed. To watch the video please click here