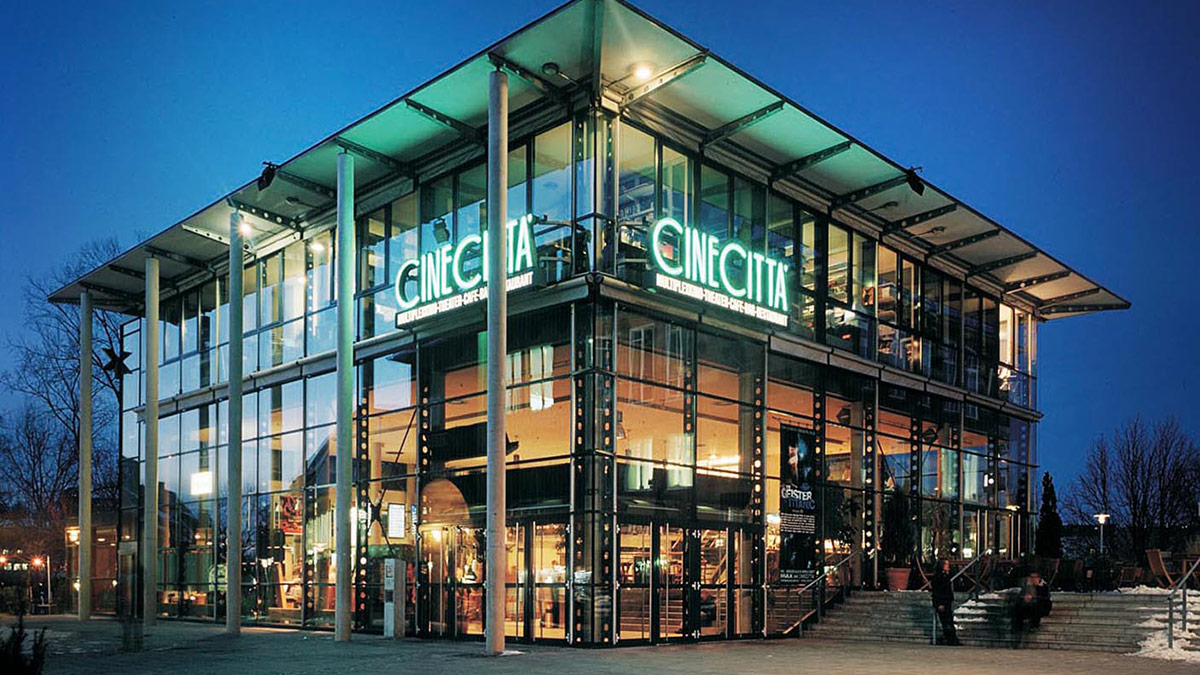 The man with the vacuum cleaner in LA was Ben Burtt, Sound Designer* and multiple Academy Award winner patiently recording the sound effects for Luke Skywalker’s Landspeeder. The cinema is Cinecittà, venue for the German premiere of ‘Star Wars: The Force Awakens’ – and both share a fascination with making cinema sound as evocative and as convincing as it can be.

And while that meant many patient hours on an LA Freeway for Ben Burt, for Cinecittà owner Wolfram Weber it meant an equally patient search for a sound system to match his unique underground cinema.

A man who lives for film (his home is an apartment on the top of the Cinecittà cinema) Wolfram had set high standards for his underground complex, but its unusual design and location meant that perfect sound was infuriatingly elusive. A thirty-tonne sliding domed ceiling – within the Cinemagnum cinema -from an original incarnation as an IMAX® – still had to be able to move and that made it frustratingly hard to ensure every seat had consistent sound. What’s more Wolfram had heard, and understandably wanted, the auditorium-specific sound Dolby Atmos sound management and processing delivers. He just couldn’t find a speaker system with sufficient fidelity and precision to deliver that immersive experience throughout his theatre.

The answer when it came was in the form of Christie Vive Audio, several kilometres of cabling, and many weeks’ careful planning. By using ribbon driver line arrays rather than conventional, coil driven, compression cones, Vive screen channel speakers were able to provide the clarity and coverage along with wide dynamic range and very-low distortion he wanted – whilst in that curved and moving roof eight parabolic LA5C speakers now mean every on-screen word, whisper and sound effect is heard perfectly – whatever seat you choose.

As Wolfram says, cinema has to be about more than just showing films. “We’d always wanted to offer our audience something special. For us this means premium content shown at the highest technical level. Cinema must renew itself again and again to compete with the other entertainment offers out there and Vive Audio with Dolby Atmos means our audiences now experience film in a way they can’t at home.  We give them something that’s only possible in a cinema.”

So now, deep beneath the streets of Nuremberg in an underground cinema built to match one man’s idea of perfection, every note of music is sweeter, every scream screamier, and the sound Luke Skywalker’s Landspeeder rings out across an alien landscape with renewed clarity and vigour.

Something that should make a man who once stood by the side of an LA freeway holding a Hoover to capture the perfect Star Wars sound – and an Oscar – very happy indeed.

*Sound designers were once the forgotten creative heroes of cinema. Originally known as Foley artists (Named for Jack Donovan Foley who worked on the sound for Showboat, Spartacus, and many others) Sound designers now have a huge array of electronics and synthesisers to create their sound effects but many still rely on manipulated real-world sounds – that huge rumbling boulder that nearly crushed Indy in Raiders?  A Honda Civic coasting on a mountain road…