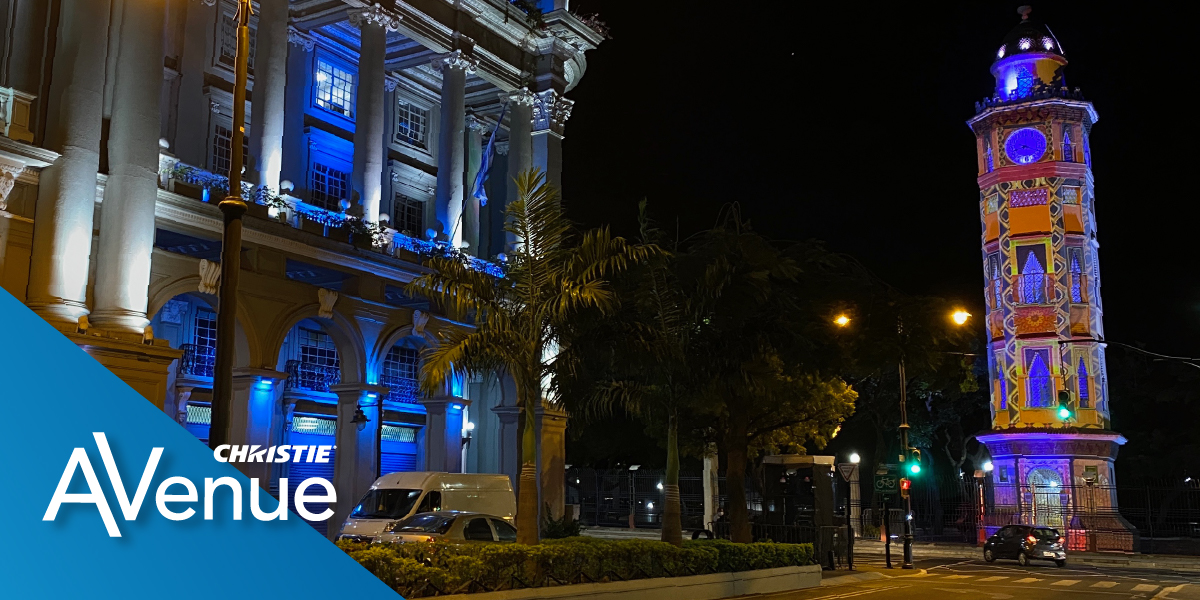 Our world isn’t flat, and it certainly isn’t rectangular. It’s all-around irregular in the most delightful ways. Yet, we’re often bound by geometric barriers which confine us. This is seen in projection and screen entertainment. The edges of the cinema screen, the TV, and even our phones are all reminders of where the story ends, and reality begins.

But geometric boundaries are falling

Generations of directors have learned how story and action can make those edges invisible — drawing us so deeply into their magical rectangles that we are blind to the real world beyond. What happens when we release those shackles and break free of the rectangle?

We’re starting to see the answer; advances in projection mapping mean those geometric boundaries are falling one by one — and beyond them, storytelling soars.

Projection mapping is unique not only in the way it becomes part of its surroundings but because it depends on them for impact. The mapping of a crumbling cathedral wall is twice as impressive because you know beyond doubt that it’s made from real and solid stone, not CGI. This type of storytelling blends deeply with the real world—it’s one of the most fundamental changes to moving images since Auguste and Louis Lumière.

None of this would be possible without the latest generation of high-brightness, high-resolution projectors like the Christie® Griffyn 4K35-RGB and sophisticated delivery software like Pandoras Box.

These advances may have set projection free, but we’re only at the start of the story. Innovations like dynamic motion mapping, where the projection seamlessly follows complex moving objects — even people — will mean multi-dimensional performances. We’ve even reached the point where headset-free, walk up and watch it, virtual reality for all is possible.

And that ‘for all’ is important, for these are shared experiences — as good projection experiences often are. There’s nothing virtual about being in a crowd and living in the moment. That’s as real as it gets and where the future of projection mapping lies.

The move away from set-piece projections to more informal and spontaneous events is already underway, with mobile devices and proximity sensors allowing true audience participation and direction. And when technology frees art, artists explore, experiment, and challenge current creative limitations. Newly released from the screen’s rectangular constraint, innovative and complex storylines are emerging, complete with their own visual language. In the future, we may see plots that run over multiple episodes and locations or become as culturally significant as Hamilton and Game of Thrones. The possibility and potential of projection mapping are that great.

We now rely on our screens as never before. They’re in our streets, homes, and hands, glowing rectangles that have made life immeasurably more convenient and entertaining. But there is now a means to escape those rectangular confines and create something entirely unknown and new. That is what’s unique about projection mapping; there is no map and no barriers.