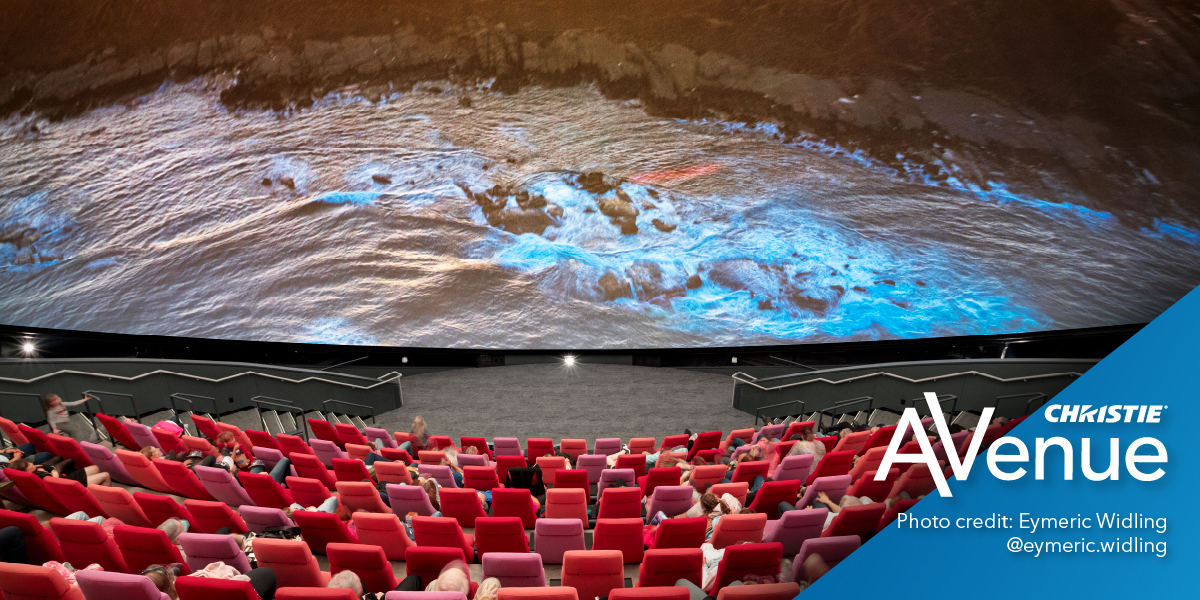 In the late 1960s, Bill Peters went to work at his first planetarium. Man had not yet walked on the moon. There was no such thing as a space telescope — Hubble or Webb — and it would be 20 years before NASA’s Magellan spacecraft mapped Venus. And nowhere near as long for this young astronomy undergraduate to grasp they’d hired the wrong man.  Bill takes up the story.

“I realized that I had almost completely the wrong background and the wrong point of view because the fundamental point of a planetarium is not the night sky I’d studied; it’s theater. Regardless of the fact that the purpose of planetariums is space and astronomy, visitors expect an experience. They want to be encompassed by this surrounding visual environment.”

As eureka moments go, Bill Peters’ realization may not be up there with black holes and event horizons, but it has led to a career spanning 50 years and a reputation as one of the universe’s leading planetarium consultants*. It’s led to Bill Peters Consulting’s involvement in projects like the recently refurbished Infinity Dome Theatre at TELUS Spark Science Centre in Calgary, Alberta.

But planetariums have long been widening horizons by expanding projection beyond the standard rectangular screen. The availability of high-quality data sets — from sources like Jodrell Bank, the Hubble Space Telescope, and the James Webb Telescope, combined with world-class projection, — allow presenters to easily change visualizations on the fly, perhaps in response to a question.

Bill says this new generation of planetariums work on two levels. “Primarily for what I would call ‘popularization’, where audiences experience new things, but also in academia where astronomers and astrophysicists will use planetariums and the databases to help them see things in new ways and visualize phenomena. I’ve taught a navigation course for United States Air Force navigators to help them recognize the 57 navigation stars you need to know to be a top-notch navigator.”

Bill also says planetariums are just as useful at helping us look back as look forward. “Another use is archaeoastronomy: going back in time and seeing the sky the way ancient builders would have done. For example, we can recreate a sunrise that happened 6,000 years ago at a specific place with great accuracy. We can give archaeologists the same experience ancient Britons at Stonehenge or indigenous Paleo-Americans at a great stone circle on the plains would have had — all in high resolution.”

Planetariums show us the secrets of the cosmos and the movement of celestial bodies. They’re the closest thing to time travel we have: they can freeze our ever-changing universe, park it for a moment—then fly us at warp speed to the stars.

*This is speculation. But we’re certain that Bill would still be up there with the best even if extraterrestrial life were discovered.