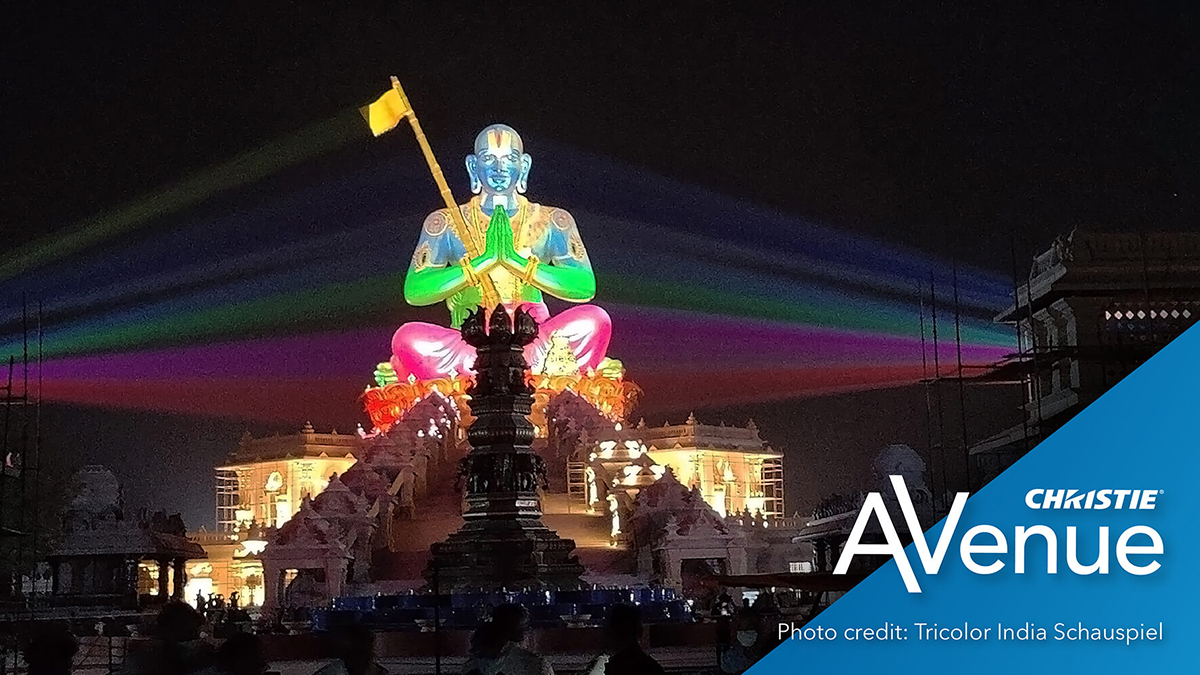 There is, race car drivers will tell you, no substitute for horsepower. The chassis can be as agile as you like and the bodywork supremely aerodynamic, but if you don’t have the power, you’re not in the race. And when we talk about projection power in this sense, we’re talking about brightness. When it comes to outdoor projection if you don’t have lumens and plenty of them, you’re unlikely to leave to starting grid, let alone see the winning checkered flag.

Take control of the environment

Unless you’re in the middle of a desert under a moonless sky, ‘black as night’ isn’t truly black at all – it’s more a kind of middling gray. And in cities and many urban gathering places, it never gets truly dark thanks to light pollution with countless pinpricks of light just waiting to burst a projectionist’s bubble of unreality. Add mobile phone screens, passing headlights, shop signs, and traffic signals – all conspiring to make projecting a single, sharp image far more challenging. Little wonder that we now consider 20,000-lumens per projector to be the lowest practical minimum.

But when it comes to projection mapping, we’re not simply projecting static images on perfect cinema screens. We want vibrant, eye-popping, moving images on the imperfect sides of brickwork buildings and stone monuments, surfaces that absorb and dissipate light, so we need more lumens still. On many projection mapping projects, that means ‘double-stacking’ projectors so multiple projectors cover each image area. Originally a failsafe measure should one unit go down, double-stacking is now almost universal, simply to provide more lumens. And teams increasingly reach for the big beasts of the projection world, the new generation of RGB pure laser projectors like the Christie Griffyn 4K50-RGB that delivers 50,000 lumens straight out of the box. And yes, you can double-stack them or use them in a multi-projector array, and yes, it is spectacular.

While as bright as you like is all good, those extra lumens also mean more authentic colors. As a man who knows, Mark Ouwerkerk, senior national sales manager at Nationwide Video, a U.S-based rental and sales technology company, explains.

“When you look at how color operates, and depending on your surface, the more light you have, the less certain color segments roll off. If you want colors to appear as you would like them to appear, more light allows that. If you start robbing that with poor brightness, you’re not going to be able to achieve the colors you wish to achieve. So spec high because you can always turn down a projector, but once you get to the top, there’s nowhere else to go.”

All those lumens not only give you a brighter, better show, they also allow content creators to maneuver all those pixels into something special. Creators, like race car drivers, know pure power shows off their skills like nothing else can; it makes their adventurous effects believable, makes deft artistic touches possible, and makes full-throttle virtuoso displays heart-racingly realistic.

Because in the end, it’s all about the audience’s experience. More lumens gives them a better show that’s unimpaired by ambient light, and they get to see it when it suits them, despite whatever the elements have in mind. You really can’t have too many lumens. There’s no substitute.