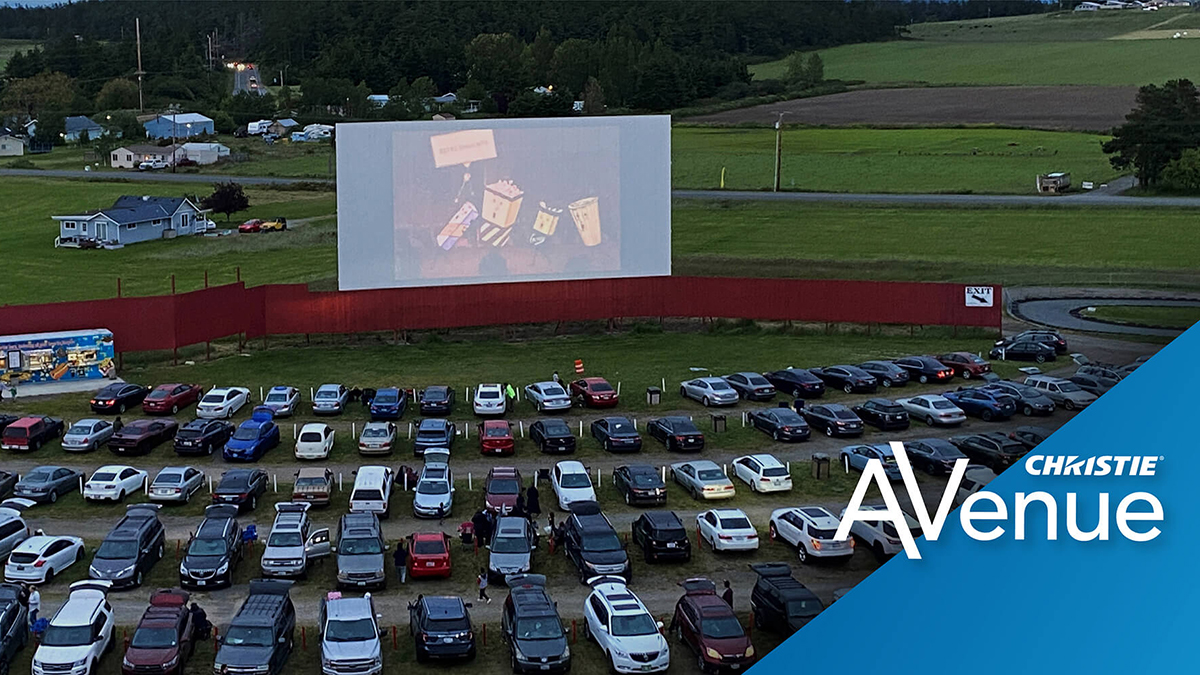 What is it about drive-ins? Looked at in the cold, hard light of day, they’re simply blank screens in a parking lot. But at night, under the stars, magic happens. With neither the comforts of home nor the sophistication of indoor cinemas, they remain hugely enjoyable cultural icons. Are they the best way to watch a movie? Some might say no. But are they one of the most memorable ways to watch a movie? Absolutely.

Let’s wipe the mist off the windshield, put the world into ‘park’, tune in the radio frequency, and explore why the appeal of the drive-in continues ― with a visit to Whidbey Island and the Blue Fox Drive-In Theater in Oak Harbor, Washington.

It’s a bit off the beaten path on Whidbey Island, but few drive-in movie theatres have had the success the Blue Fox has enjoyed over the past two decades. Mere nostalgia for drive-ins doesn’t build an enterprise with that kind of resilience.

The drive-in first opened 63 years ago, with former Blue Fox employees Darrell and Lori Bratt taking over the business in 1988. The couple thoroughly understood how the theatre operated and since taking over, the Bratts added a go-kart track, an arcade, camping options, and updated the theatre.

“We’re constantly upgrading and remodeling to meet new challenges,” says Darrell. “When we first took over, the biggest threat was video stores, and we struggled because we weren’t getting first-run product. That’s the thing about drive-ins they need a little bit of the rebel about them to attract an audience, but they also need current content. Even while they’re going against the tide, they’re swimming in the mainstream.

We finally convinced film studios that if they gave us first-run product, we’d do well with it. And we did.”

The shift to digital

The next big game-changer for the Blue Fox was making the change to digital in 2012. At the time, digital cinema projectors were still a big and brave investment, but Darrell says it gave them the biggest jump in business they’d seen. “Movies had become dark, so dark that with our old carbon-arc projector, it was hard to get a good quality picture out there; digital was so much better.” Fans of the Blue Fox helped the drive-in make the shift to digital. In fact, they funded part of the investment, selling t-shirts and hoodies, raising more than $16,000 towards it.

At the end of the road

While it’s not far from Seattle, Whidbey Island is a rural environment – we’re talking about fields, woodland, and the Pacific Ocean. The Blue Fox attracts visitors who come for a vacation in the great outdoors, and Darrell says those visitors will forgive the weather for almost anything, providing they can still see the movie.

“We’re open all year round. We have people out there in the rain, we’ve had people out there in the snow, we have audiences in the mist ― the only thing that really kills us is heavy fog so thick you can’t see the screen. In Washington State, in the summer, it doesn’t get dark until 9:30 or 10:00 pm. If we put a double feature out there, we’re not done till 3:00 in the morning. We encourage people to sleep in their car, get a few hours rest, pitch a tent, or, if they have the back of a pickup truck, use that. And for free, I’d rather see them ‘crash’ here than on the road.”

Back road, not backward

But being more remote doesn’t mean being behind the times. The shift to digital was just the start of the Bratt’s technology investments. The couple has once again invested in the projection booth by installing a Christie® CP4450-RGB pure laser cinema projector, the brightest direct-coupled projector of its kind on the market. This state-of-the-art 4K RGB cinema projector gives his audiences incredibly colorful and detailed, true-to-life images. And with an output of 55,000 lumens, the Bratts can start shows earlier and their audiences get to see first-run movies as bright and vibrant as they were intended to be seen, all in the open air.

It seems wherever you drive to, the drive-in isn’t about to run out of road.