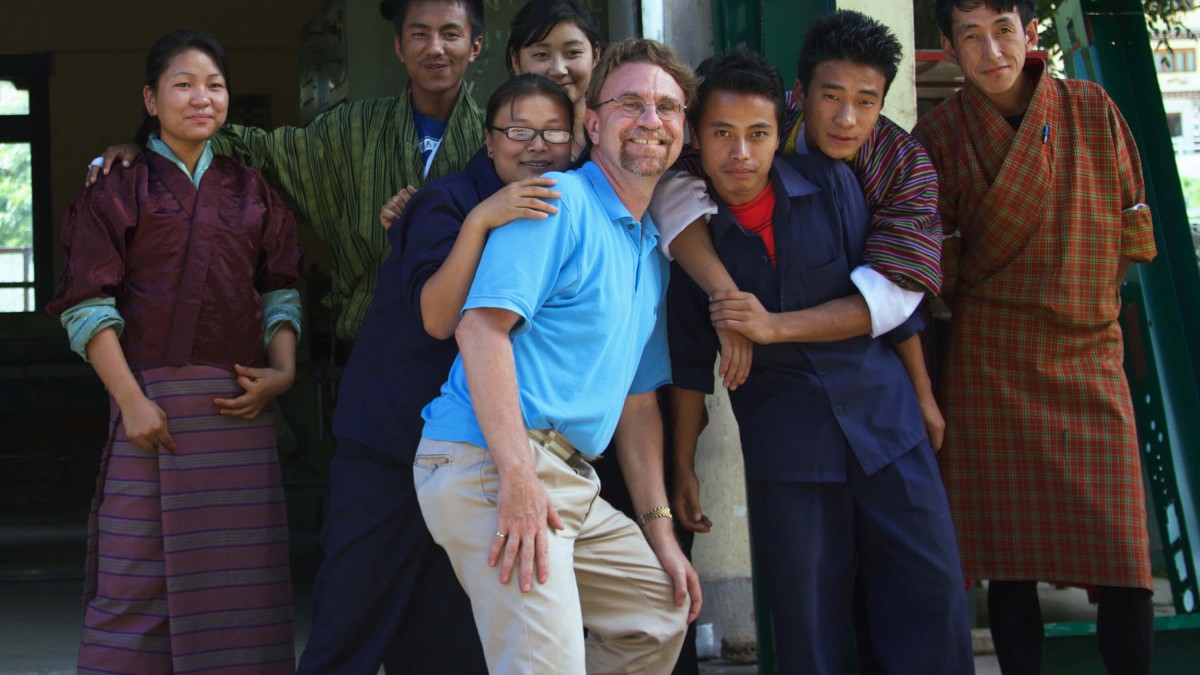 For someone determined to push AV into the future, Mike Perkins is a remarkably patient man. As Principal Product Developer at Christie, and an electrical engineer who ended up learning a little bit about a lot of things, it’s his job, indeed his passion, to imagine what can be done – and to discover how to go about doing it. Yet when you speak to him, there’s an almost Zen-like quality – an acceptance that, though the answer is always out there, it sometimes takes its time to reveal itself. Although it always does.

Known as one of the co-inventors of the original Christie MicroTiles alongside Bob Rushby, Christie’s former, and now retired Chief Technology Officer, Mike gives the story of his first proper job at SPAR Aerospace in Montreal, working on a $600 million cloud-penetrating satellite as an example. Sitting in a blockhouse 800 feet from the rocket that would launch it into orbit, he knew it fell to him to call Go or No Go to fire many man-years of effort into space. That call, he says, was easy. He already knew they’d done all they could and could do no more.

But the wait, the three-month wait to see if the first grainy images would prove his blockhouse call correct showed him that impatience wouldn’t bring the future forward any faster.

The development of the original MicroTiles had been the same, born of a moment of inspiration by two overtired engineers in a Tokyo bar, Mike was sure this was a product to beat the world if only he could get it working. But one piece of the light control algorithm stubbornly resisted all efforts – a deal-breaking roadblock on the road to delivery. Then one day, sitting in the transit lounge in Charleston Airport, South Carolina, and thinking of nothing in particular apart from coffee and home, Mike knew he knew the answer. “At that moment,” he says, “I knew I could make the math work when a moment before I couldn’t.”

Was it some random thought in the back of the brain surfacing, or his sub-conscious offering an answer his conscious mind had failed to see? He says he doesn’t know, but that it taught him patience, perseverance – and the small degree of arrogance that means you will find the answer where others have failed – are among an engineer’s most reliable tools.

And perhaps too, that is why Mike makes such a fine wildlife photographer, his passion outside of AV. It’s a hobby that has taken him all over the world to watch and wait for the perfect creature in its perfect moment. Something he says is far from passive, for if you’re not in position, and prepared for the shot, the shot is lost. And you must be ready to walk away too – Mike says the best advice he ever received came from an error message after entering a long and tedious string of code.

“That,” it said bluntly, “Didn’t work. Try something else.”

And perhaps that’s key. For Mike, patience isn’t time wasted where nothing happens, it’s when you prepare for the time when something will.

Or as Jean-Jacques Rousseau would have it: ‘Patience is bitter, but its fruit is sweet.’