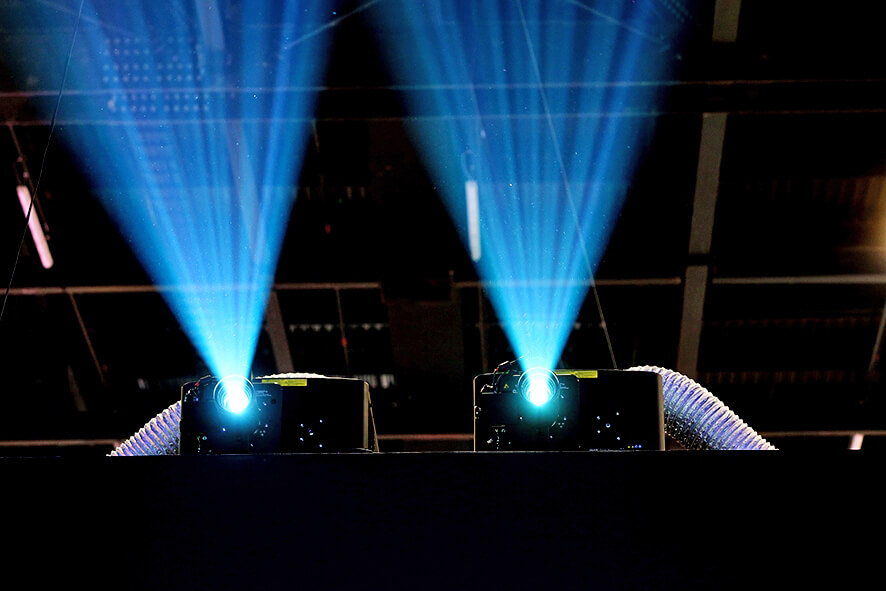 Nothing, absolutely nothing, matches the sheer colorful exuberance of a big Comic-Con. The out-of-this-world cosplay, the film stars, the music stars, the live experiences. Now imagine all this liberally spiced with South America’s flair for vibrant, life-affirming, having-a-good-time, and you begin to understand what it is like to be one of the 280 thousand fans who turned up at CCXP Brazil; the world’s biggest pop culture event.

This is a world of primary colors, one where every hero is true and every sci-fi fantasy real. You may not know your Chibi from your Furry, you may not even own your own Light Saber, but you can’t help but be impressed by the way the fans haven’t just bought into these fantastic worlds of make-believe but live them, all the way down to the soles of their Harley Quinn boots.

Rewards as fantastic as the characters

And when the rewards can be as fantastic as the characters, the entertainment business takes it seriously too. All the big studios were there, Amazon, Disney, HBO, Netflix and Warner, and the stars were out; Gal Gadot, Ryan Reynolds, Margot Robbie Henry Cavill, Daisy Ridley

And so were we.

And we brought lasers.
RGB lasers.

Cos when no event is too polychromatic and no detail too small or unworthy of a YouTube post you’d best be at the top of your game. These guys know their stuff.

So, we brought a CP4330-RGB pure laser projector to the party to light up the 20-meter screen in the 3,000-capacity Cinemark XD Auditorium. (Thinking that, if you’ve got a sci-fi worthy 4K of pixels, 28,000 lumens, high frame rate capabilities and the widest color gamut in the known universe in your armory, there are few better places this side of the shoulder of Orion to fire it up.)

Érico Borgo, Chief Geek Officer at Omelete Company, co-founders of CCXP and publishers of one of the most influential Brazilian entertainment websites agreed, saying he was ‘Delighted’ that ‘The best and most modern cinema technology in the world, was at CCXP19.’

And what of the fans – some of whom had camped out for 40 hours to be sure of a place in the audience? Well, while there’s no doubt they’re dedicated, it would be wrong to see this as some male-driven teenage fad. Women made up 49 percent of the audience to 51 percent men – pretty much even – and 66 percent of the whole were between 15 and 34 years old.

So, forget any lazy assumptions that this audience is insular and won’t leave home unless it has to, or that there’s no interest in the big screen and the emerging tech that makes it an incomparable experience. Because given the right circumstances, like at CCXP Brazil, 280 thousand of them will turn up and enthusiastically disagree.