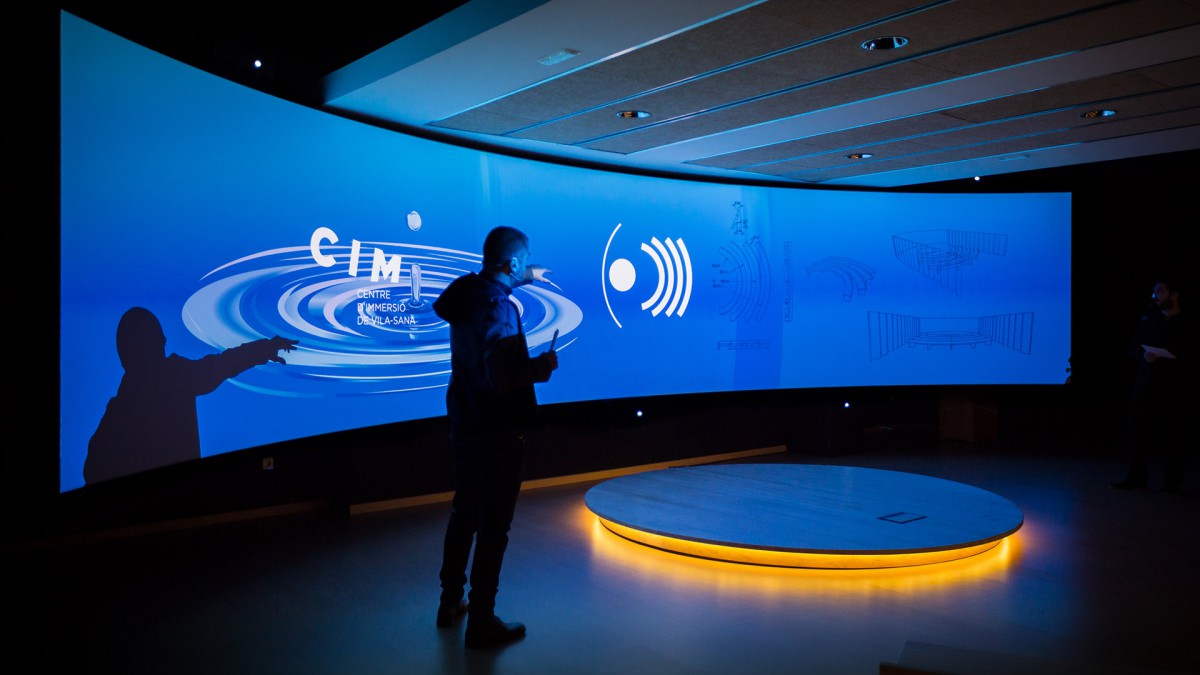 In Catalonia, inland of Barcelona and close by Vilasana there is a lake. Drained in the less ecologically aware 1950’s its bed soon became home to cereals, grasses and very little else.

Then in 2005, as part of an ambitious regional regeneration programme, the water returned to Estany d’Ivars i Vila-Sana, and as it did so, so did life.

One of the richest wildlife havens in Catalonia

And just as it brought new life to the lake, so too it has brought change to the village of Vilasana, its population of 700 is now close to one of the richest wildlife havens in Catalonia if not the whole of Spain. Where once only grass once grew, visitors now flock.

That has brought prosperity and security, but it also brought the realisation that day-trippers, unlike bird-watchers, need more than a moorhen to make their day worthwhile.

On a human scale

So Vilasana is now home to a brand new state-of-the-art Centro de Inmersión Audiovisual designed by Inside Consultores. Taking their cues from the village’s surrounding landscape, this specialist branding and architecture agency have designed on a natural scale. The hall’s ten metre wide, two metre high screen follows anthropometric principles, whilst the seating – arranged around a small, round, dais – ripples out around it. The effect, the architects say, is of a single pebble falling into a pool.

The natural rhythms of the day

Filmed in 4K and the hall’s super-panoramic format, La Pel·lícula de l’Estany follows the natural rhythms of the day – showing how the lake transforms as dawn rise turns to day and then to nightfall. In contrast to its obvious technical brilliance, this film is understated. True, it makes full use of time-lapse techniques and camera carrying drones, but never once does it attempt to outdo the natural beauty of the landscape. It seduces rather than shouts.

Such a subtle approach works beautifully, but it does mean the projection has to work with it too. That’s why those projectors are such a perfect fit. Their Dynamic Contrast enhances images by increasing the contrast ratio to 4800:1, the 1-chip DLP technology brings out the best in those lovingly-shot wildlife scenes, and the built-in colour matching keeps the images uniform across the multiple projectors.

Xavier Romeu, director of Inside Consultores, felt his architects had found a projector that matched the elegance of their vision ‘…the quality the projectors deliver is fantastic and the image is really clear. We needed projectors that would be up to the challenge of a 4K projection, and that is what we got. There is no other centre in Catalonia with this level of equipment…’

The rebirth of Estany d’Ivars i Vila-Sana has brought nothing but benefits to the wildlife and to the region, but to achieve that it has had to work in sympathy both with the land and the people who live there. And it shows that truly noteworthy AV installations are rarely about horsepower alone – they work at their best when they work with the grain.