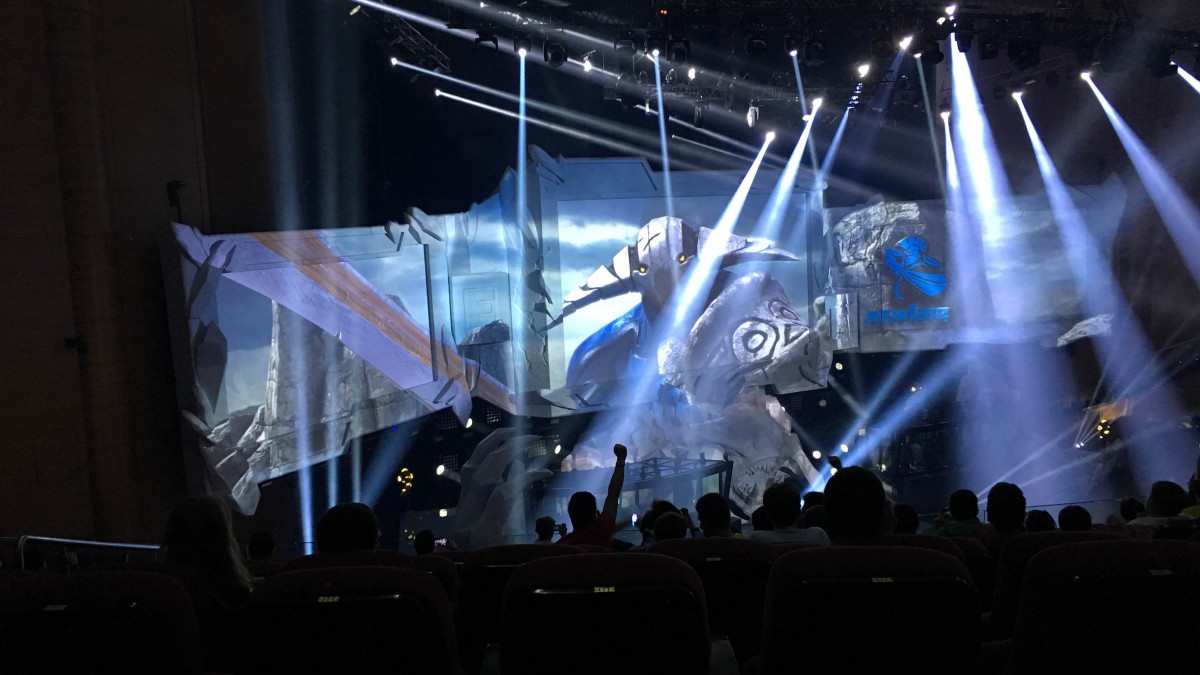 Christmas is a special time, a time best spent in the company of friends and family – and quite possibly Purist Thunderwrath the Omniknight.

For it’s not only a young generation that will take their computer gaming seriously over the holidays. We’d wager a number of our more mature readers just inwardly nodded and said to themselves ‘movement speed 305, attack range 150, very handy for removing impurities from fellow warriors’.

Not just the young.

For gamers are growing up. The first Nintendo appeared in 1983. So if you were lucky enough to unwrap one for Christmas aged sixteen – you’re fifty now. Maybe with kids of your own – even a higher wisdom score. And the market is no longer the preserve of games made for boys, played by boys, either. When smartphone games like Candy Crush Saga are taken into account UK research shows that women players now (just) outnumber men.

That means the popularity of computer gaming, especially now it has been elevated to the status of an e-sport, has never been higher, and it’s massive multiplayer online role-playing games or MMORPGs are leading the charge. Fundamental to this growth is an awareness that anyone can play, male female, young and old.

So gaming is literally coming of age, it’s a wealthy, maturing market with great ambitions, but it still hasn’t escaped the confines of the screen. It’s not yet a spectator sport.

Does that matter? Well yes it does. Think what it means – spectator sports are enjoyed by people by who don’t play the game but love it nonetheless. Football audiences would only be a fraction the size if only football players watched. In the long run the real financial prize for computer games developers may not be player numbers after all; it may be audience figures.

Mass spectator audiences with team loyalties and deep pockets are the next challenge for computer games, especially those with sporting ambitions aspirations like DOTA and World of Warcraft. And it may also be a huge opportunity for AV.

A spectacle, not just a competition

Live streaming of tournaments on sites like Twitch already generate mass views from game players – but what spectator audiences of the future might look like could be glimpsed at Moscow’s Crocus City exhibition centre when it hosted Epicenter, the largest international cyber sports tournament to be held in Russia.

Rather than just show games on large screens, event specialists Big Screen Show (BSS) made this an entertainment, a spectacle that would appeal to gamers and non-gamers alike. That took a lot of live-show stagecraft. Three pairs of Christie Roadster S+20K projectors created ambient content on the ceiling, while three Christie Roadster HD20K-J projectors 3D mapped an in-game characters’ head. You didn’t need to understand every strategic key-press or every backstory to become part of the crowd and get swept up in the emotion.

So this Christmas, if someone you know spends a little time with Purist Thunderwrath the Omniknight, or Crushes Candy rather than shares the chocolates remember this. Computer games will not always be insular. Come Christmas 2030 they may be the biggest sporting event on the planet.