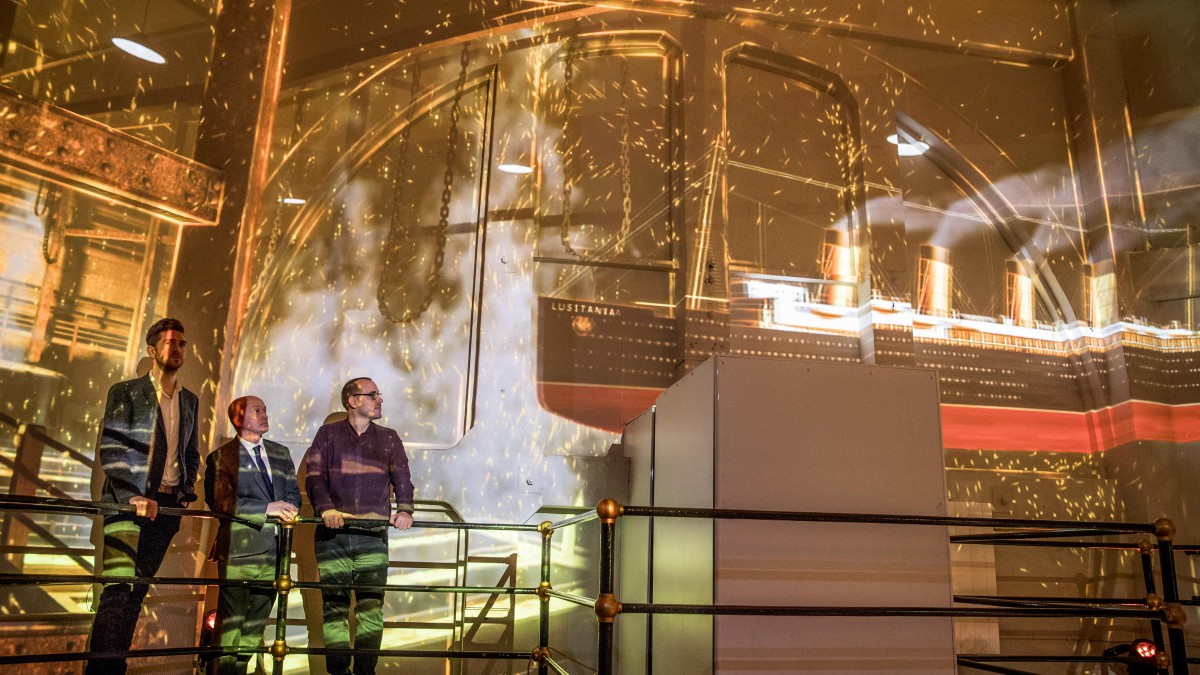 Venice has its lions. Bern has its bears. And Liverpool?  Liverpool has the Liver bird, an unusual mythical creature with its origins lost in the Mersey River mists, but which will be forever Liverpool, the people and the city.

Bella and Bertie watch from the towers

There is a guitar-playing Liver bird on Paul McCartney’s coat of arms, and two Liver bird statues – Bella and Bertie – watch from the towers of the Royal Liver Building at Pier Head. To native scousers these are the most important pair. Legend says she – Bella – looks to the sea for returning sailors while he – Bertie – looks to the city for open pubs. And should they ever leave, the Mersey will burst its banks and Liverpool will flood.

The responsibility was doubly huge because the Royal Liver Building – an emblem of an entire city for over a hundred years – has never opened its doors to the public until now. Even for born and bred Liverpudlians its Liver birds were out of reach.

Now though, you can all but touch them. There’s a new visitor experience in the cavernous basement, 360º city views from its 10th floor balcony and – in the northern clock tower directly below a Liver bird’s eyrie – Holovis’ 270-degree projection-mapped show.

A very different kind of show.

For its audience is tiny in projection mapping terms – just sixteen people fit into the space behind the clock faces. There’s no team of techies – it all but runs itself. And four Christie D20WU-HS-1DLP, laser projectors prove they’re just as comfortable projection mapping in this intimate environment as their bigger brothers are outdoors.

For though this show shares many techniques with extravaganzas on building facades, it uses them to tell Liverpool’s human story on a human scale.

There’s the destruction from war, the creativity of the Beatles, the heartbreaking slum life, the euphoria of sporting success. There’s an entire city’s history condensed into nine-minutes of projection-mapped brilliance where you can feel the warmth of Liverpool’s people and just how resilient this place and its people are.

It is Gear.It is Boss. It is Sound.

And because the whole thing is language-free, it remains accessible to non-English speakers without losing any power or immediacy. The projection and the visuals tell their story with huge economy. Tall Ships, it says, may no longer moor at Pier Head. But so long as there are Liver birds on football shirts and people lining up outside music clubs, so long as Bella and Bertie keep their perch, Liverpool will live.

The genius of Holovis is to have captured that.

It is Gear. It is Boss. It is Sound. It is Liverpool profound.

Get to see it if you can.