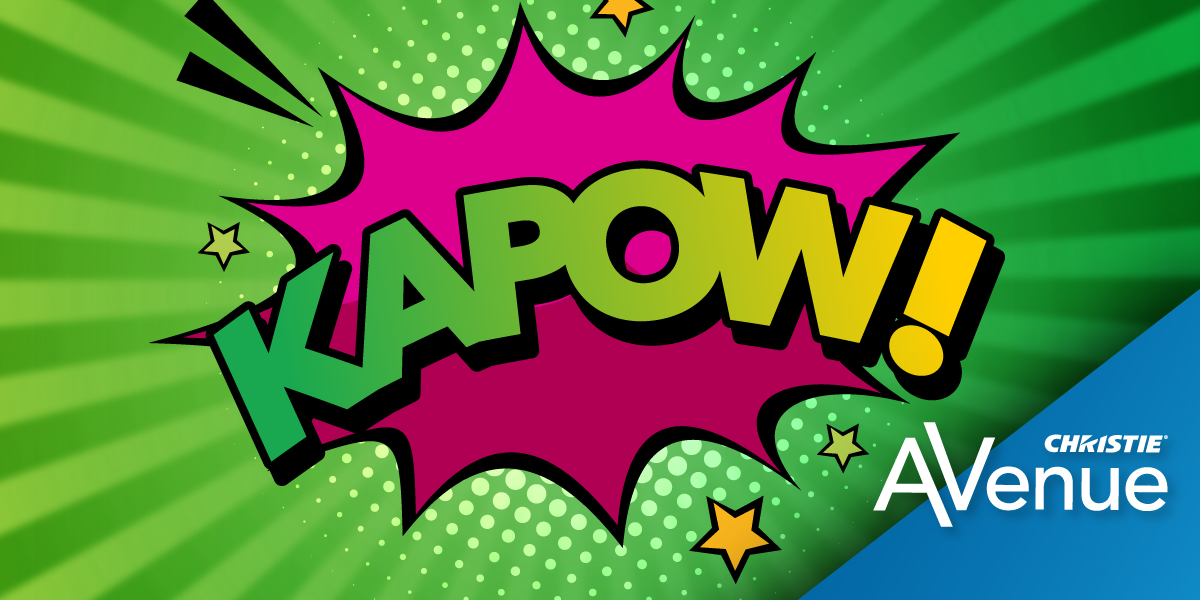 Kirk has his phaser, Luke his lightsaber, H.G. Well’s martians had their death rays, and popular culture had no doubt what lasers were and how they’d be used. Except, in real life and, with few exceptions, all that Kabam and Kapow has been missing.

Yes, there were the laser light shows that gave 70s & 80s rock bands effects as big and as unsustainable as their hair – but up until now laser’s everyday story has not been the power of light unleashed, but of quiet and often unseen advances.

Don’t underestimate the impact – lasers made office printers reliable, fiber broadband possible, and revolutionized eye surgery – but they didn’t set the world on fire the way we’d been promised. No shimmering beams cross our night skies; there are no laser carving knives in our kitchens.

The excitement is coming

But the excitement is coming. And it’s going to make Luke Skywalker (and a whole lot else besides) look really good.

RGB pure laser projection is special – never before have we had so much power at our disposal – and nor have we been able to control it so precisely. In cinemas, theme parks’ dark rides and attractions, planetariums, and anywhere projected light is shown, a bright new dawn is breaking where the contrast is sharper, the detail more nuanced, and the colors more vivid.

For it’s not just the undoubted power of pure RGB laser projectors that is special, it’s the way that power is delivered and controlled which makes them such a significant advance. If the ability to create light at will is one of history’s outstanding achievements, the way we’ve learned to tame it is more impressive still. Filament bulbs replacing gas flames and Xenon lamps replacing carbon arcs – every advance delivers beneficial power through greater control. And RGB pure laser delivers it like never before.

Once you’ve seen it, you can never go back

And if your horizons are already the deepest reaches of the universe, planetarium dome projection will change those too; the stars will truly shine brighter.

Add extremely long life and low maintenance operation to its list of features, and RGB pure laser projection promises to be one of those turning points where the wider world wonders why it was ever done in any other way – the advantages are that great. It’s fair to say that the long journey to control light – one of nature’s genuinely elemental forces – has taken a giant step forward with RGB.

The fantasy lasers of popular culture will still blast and overturn evil empires in theaters and theme parks. But the other revolution – the real laser revolution – will have already taken place on screen.